The first two Israeli-built Hermes 900 unmanned aerial systems (UAS) have arrived in Switzerland after years of delays. The delivery of the first two systems will be followed by the arrival of the remaining four systems by the end of 2023. Referred to as the Aufklärungsdrohnensystems 15 (ADS 15) by the Swiss Air Force, the medium altitude long endurance (MALE) UAS arrived from Israel, where they were built by Elbit Systems, on April 21 and 26. The unmanned aerial systems are now set to undergo flight tests before being handed over to the air force later this year.

In June 2014, Switzerland’s procurement agency selected the Hermes 900 to meet the nation’s requirement. The design had been in competition with IAI Heron to replace the RUAG Ranger UAV (ADS 95) of the Swiss Air Force. Planned was to replace the 15 Ruag Rangers with Six Hermes 900 (ADS 15) by 2019. According to the original schedule, the ADS 15 had been expected to arrive in Switzerland by 2019. Part of the reason for the delays was the 2020 crash of one of the drones that was set for delivery to Switzerland during a test flight in Israel. The UAS was a write-off, and the costs from the loss were taken over by Elbit. The radar for the sense-and-avoid system is expected to be approved separately by 2024.

To fulfill the Swiss Air Force requirements, extensive changes at the drone where necessary. Among others it was necessary to change wing and wingspan to carry a heavier engine with more power. In August 2020, an unmanned aerial systems crashed during a test flight in Israel, the cause was a structural design flaw which has been fixed. The new drones should now begin their operation between 2022 and 2023, the “Sense-and-Avoid” – System not before 2024. The Swiss model of the drone is called Hermes 900 StarLiner, also Hermes 900 HFE (Heavy Fuel Engine) in the Swiss program.

The Elbit Systems Hermes 900 Kochav (“Star”) is an Israeli medium-size, multi-payload, medium-altitude long-endurance unmanned aerial vehicle (UAV) designed for tactical missions. It is a successor to the Hermes 450 series of drones, one of the most widely used military drones in the world. It has an endurance of over 30 hours and can fly at a maximum altitude of 30,000 feet (9,100 m), with a primary mission of reconnaissance, surveillance and communications relay. The Hermes 900 has a wingspan of 15 m (49 ft) and weighs 970 kg (2,140 lb), with a payload capability of 300 kg (660 lb).

Analysis: Could the war in Ukraine become the NATO-Russia war of 2022? 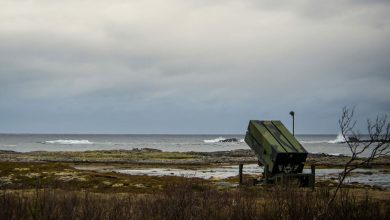