By training a machine-learning model on battle-damage imagery, one company aims to help understand where attacks are happening and assess damage more quickly and accurately.

A Silicon Valley company is using artificial intelligence to help Ukraine better predict and prepare for Russian airstrikes like the ones that have knocked out power to thousands of Ukranian families.

Starting last March, Scale AI began to collect imagery of places in the war-torn country where there might be heavy military activity, said Shands Pickett, the company’s head of federal deployments.

“We started buying images of three primary areas”—Kyiv, Kharkov, and Dnipro—”and then essentially doing change over time…We’re looking at around 2,000 square kilometers of Ukraine, and about 370,000 structures, and looking to see where damage was occurring. And then using [machine-learning] first techniques to automate that process,” Pickett said.

During the wars in Iraq and Afghanistan, the military launched an AI pilot program, Project Maven, to make sense of the vast amount of drone footage it was collecting, to help human analysts more quickly find potential targets. But while Ukraine is a bit smaller than Afghanistan, far more data is coming out of the war there.

“If you think about that amount of geography and that number of structures, you really have to have machines to do that for you,” Pickett said.

Rather than help analysts hunt for targets, Scale AI sought to help the Ukrainians understand where attacks were happening and assess damage more quickly and accurately than human reporting would allow.

“If you look at just from an overhead image and the change in a building footprint—and it can just be a small change,” you can see “if there’s an impact from some sort of munition. But doing that over a city center and an urbanized area…doing that is super difficult, right. And this damage, the scale of the damage was just so incredible,” Pickett said.

Scale AI has donated the datasets to the Ukrainian military, he said, and he believes they are using them for real-time damage assessments, as they’ve been downloaded some 200,000 times.

But the real value of this sort of application will come later, with much more and much higher-resolution image data. The potential is there to predict what sorts of targets will receive what type of damage based on the patterns that are already emerging from the conflict.

“There is a lot of demand for that type of thing,” Pickett said. “I mean, you can look at, you know, patterns of damage over time and assess what weapons systems are used, what the likelihood would be of a certain level of damage, if that same weapon systems are used in another area, you know, all those things are absolutely possible. That’s the kind of analysis we’re trying to enable.” 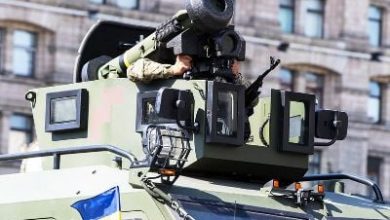