Taking part in various land and air operations, soldiers from several NATO states are participating in the Defender 2022 military exercises, hosted by Poland and eight other countries.

The Defender 2022 military drills are of particular importance in light of the Russian invasion of Ukraine. Despite the overall gloomy atmosphere in eastern Europe, soldiers from the NATO countries remain in high spirits.

“The training is great. We were just out of another range the other day. Just doing manoeuvres and live training fire,” US Captain Kraemer said.

Air and ground troops from the United States, France, Sweden, Germany, Denmark and the UK are all training together in Drawsko Pomorskie in north-western Poland.

“Today we have another day of intensive activities, American soldiers using Leopard tanks and Bradley vehicles. There is a lot of ammunition, a lot of heavy equipment, the activities are very interesting and intensive,” a Polish officer said.

The exercises organised by the US army in cooperation with several European armed forces are aimed at raising the readiness of NATO troops. As many as 18 thousand soldiers are participating in the drills.

The military exercises will continue until May 27. Approximately 18,000 people have been scheduled to participate in the event. According to the Polish Ministry of Defence, the part of the exercises on Polish soil would see some 7 000 troops and 3 000 pieces of equipment in total.

Turkey to produce drone in Kazakhstan

With US backing, Japanese military growing stronger against rising China 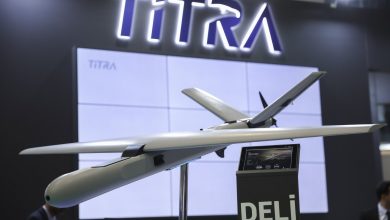