In 1916, Karl Schwarzchild theorized the existence of black holes as a resolution to Einstein’s field equations for his theory of general relativity.

By the mid-20th century, astronomers began detecting black holes for the first time using indirect methods, which consisted of observing their effects on surrounding objects and space. Since the 1980s, scientists have studied supermassive black holes (SMBHs), which reside at the center of most massive galaxies in the universe. And by April 2019, the Event Horizon Telescope (EHT) collaboration released the first image ever taken of an SMBH.

These observations are an opportunity to test the laws of physics under the most extreme conditions and offer insights into the forces that shaped the universe. According to a recent study, an international research team relied on data from the ESA’s Gaia Observatory to observe a sun-like star with strange orbital characteristics. Due to the nature of its orbit, the team concluded that it must be part of a black hole binary system. This makes it the nearest black hole to our solar system and implies the existence of a sizable population of dormant black holes in our galaxy.

The research was led by Kareem El-Badry, a Harvard Society Fellow astrophysicist with the Harvard-Smithsonian Center for Astrophysics (CfA) and the Max Planck Institute for Astronomy (MPIA). He was joined by researchers from CfA, MPIA, Caltech, UC Berkely, the Flatiron Institute’s Center for Computational Astrophysics (CCA), the Weizmann Institute of Science, the Observatoire de Paris, MIT’s Kavli Institute for Astrophysics and Space Research, and multiple universities. The paper that describes their findings will be published in the Monthly Notices of the Royal Astronomical Society.

As El-Badry explained to Universe Today via email, these observations were part of a wider campaign to identify dormant black hole companions to normal stars in the Milky Way galaxy. “I’ve been searching for dormant black holes for the last four years using a wide range of datasets and methods,” he said. “My previous attempts turned up a diverse menagerie of binaries that masquerade as black holes, but this was the first time the search has borne fruit.”

For the sake of this study, El-Badry and his colleagues relied on data obtained by the European Space Agency’s (ESA) Gaia Observatory. This mission has spent nearly a decade measuring the positions, distances, and proper motions of nearly 1 billion astronomical objects, such as stars, planets, comets, asteroids, and galaxies. By tracking the movement of objects as they orbit the center of the Milky Way (a technique known as astrometry), the Gaia mission aims to construct the most accurate 3D space catalog ever created.

For their purposes, El-Badry and his colleagues examined all 168,065 stars in the Gaia Data Release 3 (GDR3) that appeared to have two-body orbits. Their analysis found a particularly promising candidate, a G-type (yellow star) designated Gaia DR3 4373465352415301632—for their purposes, the team designated it Gaia BH1. Based on its observed orbital solution, El-Badry and his colleagues determined that this star must have a black hole binary companion. Said El-Badry:

“The Gaia data constrain how the star moves in the sky, tracing out an ellipse as it orbits the black hole. The size of the orbit and its period give us a constraint on the mass of its unseen companion—about 10 solar masses. In order to confirm that the Gaia solution is correct and rule out non-black hole alternatives, we observed the star spectroscopically with several other telescopes. This tightened our constraints on the companion’s mass and proved that it is really ‘dark.'”

Similar to the method used for hunting exoplanets (Doppler Spectroscopy), the spectra provided by these instruments allowed the team to observe and measure the gravitational forces influencing its orbit. These follow-up observations confirmed Gaia BH1’s orbital solution and that a companion of roughly ten solar masses was co-orbiting with it. As El-Badry indicated, these findings could constitute the first black hole in the Milky Way that was not observed based on its X-ray emissions or other energetic releases:

“Models predict that the Milky Way contains about 100 million black holes. But we’ve only observed about 20 of them. All the previous ones we’ve observed are in ‘X-ray binaries’: the black hole is eating a companion star, and it shines brightly in X-rays as that material’s gravitational potential energy is turned into light. But these only represent the tip of the iceberg: a vastly larger population may lurk, hidden in more widely separated binaries. The discovery of Gaia BH1 shines early light on this population.”

If confirmed, these findings could mean there’s a robust population of dormant black holes in the Milky Way. This refers to black holes that are not evident from bright disks, bursts of radiation, or hypervelocity jets emanating from their poles (as is often the case with quasars). If these objects are ubiquitous in our galaxy, the implications for stellar and galactic evolution could be profound. However, it is possible that this particular dormant black hole is an outlier and not indicative of a larger population.

To verify their findings, El-Badry and his colleagues are looking forward to Gaia Data Release 4 (GDR 4), the date of which is still to be determined, which will include all data gathered during the five-year nominal mission (GDR 4). This release will include the most up-to-date astrometric, photometric, and radial-velocity catalogs for all the stars, binaries, galaxies, and exoplanets observed. The fifth and final release (GDR 5) will include data from the nominal and extended mission (the full ten years).

“Based on the BH companion occurrence rate implied by Gaia BH1, we estimated that the next Gaia data release will enable the discovery of dozens of similar systems,” said El-Badry. “With just one object, it’s hard to know exactly what it implies about the population (it could just be an oddball, a fluke). We’re excited about the population demographic studies we’ll be able to do with larger samples.”

US Navy ramps up hypersonic missiles and laser defense tests 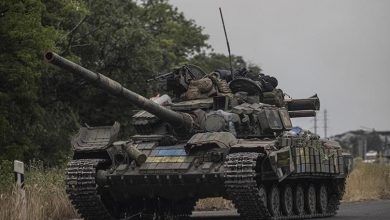 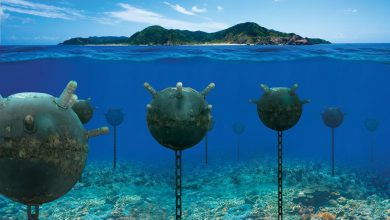 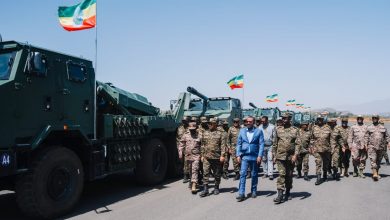