Over 800 British, French and Danish troops have conducted Exercise Dragon Charge on the Tapa Central Training Area in Estonia to reaffirm their interoperability and agility, say the British Army.

It was the final, major, force-on-force exercise for the Royal Welsh-led Battlegroup, who come to the end of their six-month tour in Estonia serving as NATO’s enhanced Forward Presence (eFP) on Europe’s eastern flank.

According to a news release:

“The training activity was an opportunity to confirm the interoperability of the UK-led eFP, strengthening the integration capability of international allies, the British Army’s 1st Battalion the Royal Welsh, the French company Les Loups and the Danish Viking company. It was also a chance to ensure cohesion with the recently deployed and additional British Battlegroup to Estonia, the Agile Task Force, 2 Rifles Battlegroup.

The exercise involved main battle tanks, armoured fighting vehicles, light infantry, anti-tank assets and engineering capabilities working together to complete a series of challenging missions. In line with the main effort of Operation Mobilise, ordered by the British Army’s Chief of the General Staff (CGS), this exercise proved that the UK is ‘mobilising the Army to help prevent war in Europe by being ready to fight and win alongside our NATO allies and partners’.

Dragon Charge allowed the Royal Welsh Battlegroup a final occasion to put into practice a total of ten months’ worth of overseas training; time in which their tactics, techniques and procedures have been finely honed through the many individual unit exercises, cross-exposure to their peers, and cultural engagement activity which enriches the human component of interoperability.”

US spokesman: Arms sales to Taiwan to continue despite China protests 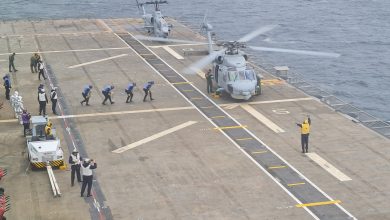 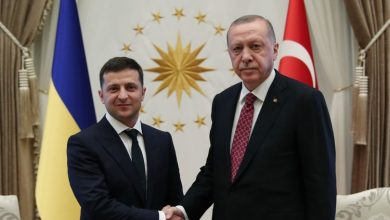