“With the operation, the dens of terrorists were destroyed, and a great blow was dealt to the traitors who targeted the security of our country and nation,” Akar said in his address in the parliament.

The minister stressed that the operation was within the scope of the right of self-defense specified in Article 51 of the United Nations Charter.

The minister emphasized that the Operation Claw-Sword was the most effective air operation of Türkiye in the recent period.

“It has been the largest, most comprehensive and most effective air operation against the terrorist organization in the recent period,” he said.

There is no ethnic, religious or sectarian discrimination between terrorism and terrorists, he stressed.

“Where the terrorist is, that is where our target is. Everyone has to understand this. We tell all our interlocutors, especially the U.S., that the PKK means the YPG and demand continuously that all kinds of support for terrorists is ceased,” the minister stated.

They observed that the supporters of the illegal PKK group, which the minister said, “came to the point of collapse,” makes “black propaganda at every opportunity” and this time puts forward the “lie” that the Turkish Armed Forces (TAF) had used chemical weapons, Akar said.

Akar also stated that Türkiye killed a total of 3,585 terrorists this year.

In a separate statement on Nov. 21 Akar said a total of 184 terrorists have been neutralized by ground fire support vehicles and aircraft since the start of Operation Claw-Sword.

A total of 89 targets, including shelters, bunkers, caves, tunnels, and warehouses belonging to terrorists, were destroyed in the first phase of the operation, Akar said at the operations center of the Land Forces Command.

“How many troops from the Land Forces should be involved here; our relevant units, our Defense Ministry, General Staff decide together. We do our consultation, and then we will take our steps accordingly,” he told reporters on his flight from Qatar to Türkiye on Nov. 20 .

Meanwhile, Russia has called for Türkiye to exercise “restraint” and warned against “destabilizing” Syria, where Türkiye has launched aerial strikes.

“We understand and respect Türkiye’s concerns regarding its own security. We believe this is the legal right of Türkiye,” stated Kremlin spokesman Dmitry Peskov.

“We still call on all parties to refrain from steps that could lead to seriously destabilizing the situation,” Peskov pointed out.

It could “boomerang back and further complicate the security situation,” he added.

Meanwhile, the U.S. published a problematic condolence message for the rocket attacks in the southeastern province of Gaziantep’s Karkamış district, in which two people lost their lives.

In a written message published on the official website, “We express our sincerest condolences for the loss of civilian lives in Syria and Türkiye. We call for de-escalation in Syria to protect civilians and support the common goal of defeating ISIL. In Iraq, we continue to oppose uncoordinated military action that violates Iraq’s sovereignty,” stated the U.S. State Department.

The U.S. described those killed in the operation against terror targets as “civilians,” while expressing condolences about the attack on Türkiye, but did not issue a message of condemnation. 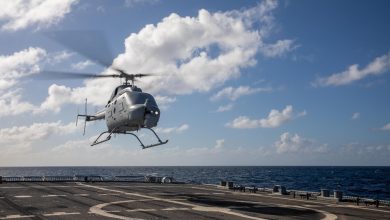