In order for Syria to get rid of conflict, humanitarian crisis, and terror spiral, Islamic countries should put stronger will and actively support a political solution, President Recep Tayyip Erdoğan said.

Speaking at the 38th Ministerial Session of the Standing Committee for Economic and Commercial Cooperation (COMCEC) of the Organisation of Islamic Cooperation (OIC) in Istanbul, the president said that although the names, claims, and geographies of terrorist groups are different, they target Muslims. He also asked for strong support from COMCEC in Türkiye’s struggle against “the enemies of Islam and humanity.”

Türkiye is determined to root out the PKK terrorist organization, which also threatens the territorial integrity of Syria and Iraq, Erdoğan reiterated.

“We are determined to root out this terrorist organization, which poses a threat to the territorial integrity of Syria and Iraq, as well as our country,” the president affirmed.

“The previous week, eight of our citizens, three of whom were children, were killed by the PKK in Istiklal Street and then in our Karkamış district.”

“Of course, in this bloodshed, … those who provide these terrorists with weapons and support (them) under the pretext of fighting against Daesh have a share, as much as the separatist terrorist organization,” Erdoğan censured.

Erdoğan added: “Despite all warnings of Türkiye, the blood of every innocent who died has been smeared on the hands and faces of those who try to legitimize terrorist organizations with letter games.”

He said the game of supporting the PKK and its affiliates under the guise of fighting Daesh, “which is known to be a project product from the very first day,” must end.

Türkiye, which fought with Daesh on the field and defeated this organization, has no space for such arguments, the president stressed.

Recalling that Türkiye is fulfilling its duty by hosting over 3.5 million Syrian refugees on its lands and supporting millions of them within the borders of Syria, the president said: “In order for Syria to get rid of the spiral of conflict, humanitarian crisis, and terrorism, Islamic countries must show a stronger will and actively support the efforts for a political solution.”

Earlier on Friday, Erdoğan said that Türkiye will complete a safe zone near its Syrian borders from east to west

Addressing an event marking International Day for the Elimination of Violence Against Women, the president said: “We will complete the security belt we are creating beyond our borders from west to east.”

“With the security belt we are creating beyond our borders, we also defend the rights of millions of innocent women and children.”

“By completing this belt across all our borders from west to east as soon as possible, we ensure that both our own citizens and the people living there can look to their future with confidence,” he added.

Recently Türkiye launched Operation Claw-Sword, a cross-border aerial campaign against the PKK terrorist group and its Syrian wing, the YPG, which have illegal hideouts across the Iraqi and Syrian borders where they plan and sometimes execute attacks on Turkish soil.

After the air operation was launched, President Erdoğan also signaled a ground operation to northern Iraq and northern Syria to eliminate the terror threat, saying: “This is not limited to just an air operation.”

The Turkish leader has threatened a new military operation into northern Syria since May and upped those threats in the wake of this month’s attack. Erdoğan has repeatedly called for a 30-kilometer (18.6-mile) “safe zone” to protect Türkiye against cross-border attacks from Syrian territory.

“We know the identity, location and track record of the terrorists. We also know very well who patronizes, arms and encourages terrorists,” Erdoğan also recently said, implying the U.S. support for the YPG.

The PKK is a designated terrorist organization in the United States, Türkiye and the European Union, and Washington’s support for its Syrian affiliate has been a major strain on bilateral relations with Ankara. The PKK/YPG has controlled much of northeastern Syria after the forces of Syrian regime leader Bashar Assad withdrew in 2012. The U.S. primarily partnered with PKK/YPG terrorists in northeastern Syria in its fight against the Daesh terrorist group. On the other hand, Türkiye strongly opposed the PKK/YPG’s presence in northern Syria.

Under the pretext of fighting Daesh, the U.S. has provided military training and given truckloads of military support to the PKK/YPG, despite its NATO ally’s security concerns. Underlining that one cannot support one terrorist group to defeat another, Türkiye conducted its counterterrorism operations throughout, removing a significant number of terrorists from the region.

Since 2016, Ankara has launched a trio of successful counterterrorism operations across its border in northern Syria to prevent the formation of a terror corridor and enable the peaceful settlement of residents: Euphrates Shield (2016), Olive Branch (2018) and Peace Spring (2019).

Meanwhile, President Erdoğan also said that Türkiye works hard to end the war between Russia and Ukraine and to stop the bloodshed from the first day.

“We have demonstrated that a diplomatic solution is possible by realizing the grain corridor and the prisoner exchange agreement over the Black Sea,” he highlighted. On July 22, Türkiye, the United Nations, Russia, and Ukraine signed an agreement in Istanbul to resume grain exports from three Ukrainian Black Sea ports, which had been paused in February due to Russia’s war on Ukraine.

Days before its scheduled expiration, the landmark grain deal was extended for another 120 days, beginning from Nov. 19.

Erdoğan said over 11 million tons of grain through the Black Sea were exported when the energy and food crisis affected the entire world.

“We believe that the extension of the Black Sea Grain Corridor Agreement for 120 days as of Nov. 19 will alleviate the suffering of our African brothers in particular. Hopefully, we will support this process by carrying out the grain shipment with priority to the African continent,” he added.

Erdoğan also said that for years, “unfair and unlawful” practices have continued against the Muslim Turkish minority in Greece.

He added that the religious leaders of the Turkish minority in Greece are not recognized, their foundations and property are seized, they are not allowed to teach their mother tongue, and their identities are denied.

“The Islamic world should no longer be a spectator to the plight of our brothers and sisters who were persecuted in Greece,” he noted.

Greece’s Western Thrace region is home to some 150,000 Muslim Turks, whose rights to elect their own religious leaders, found Turkish associations, and have their own schools have been denied by Athens, in violation of European court orders.

Turning to the Palestinian issue, Erdoğan said Türkiye supports the establishment of an independent, sovereign, and geographically integrated Palestinian state on the 1967 borders, with Jerusalem as its capital. “We are doing our best for the Palestinian people to have their own state and their legitimate rights, and to preserve the status quo in Jerusalem and Masjid al-Aqsa,” he added.

Türkiye and Israel have taken steps to normalize ties, including restoring full diplomatic relations and reappointing ambassadors and consuls general after a four-year hiatus.

Ankara, however, has repeatedly emphasized that there will be no change in its stance on the Palestine issue as it continues to support the two-state solution to end the decades-long conflict. 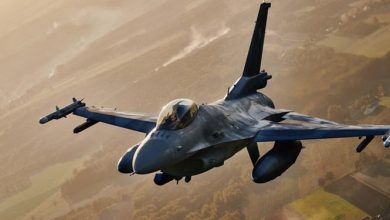 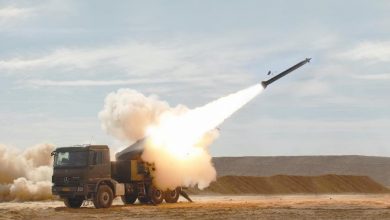