A NASA-developed space launch system is attracting interest from companies that need to launch satellites in orbit. This same launch system could also develop high-flying, ultra-fast aircraft for national defense.

The Towed-Glider Air Launch System, or TGALS, is a low-cost, flexible approach for putting satellites and other payloads into space. Developed at NASA Armstrong Flight Research Center in Edwards, Calif., the innovative TGALS technique uses a low-cost glider to carry rockets and release them at the optimum place in the sky.

The TGALS technique uses a business jet-class aircraft to tow a remotely piloted glider with a launch vehicle mounted underneath it. Once released at about 40,000 feet, the glider uses its own small rocket motor to execute a pull-up maneuver, releasing the launch vehicle for ignition at an elevated flight path angle. After release, the glider returns to the airfield to be stored for the next mission.

“I think one of the big selling points is the flexibility for launch windows and launch locations around the world,” said Brian Boogaard, Technology Transfer Administrator at NASA Armstrong. “There’s only a handful of rocket pads where you launch a rocket, but you could fly the TGALS system anywhere there’s an airport. There’s a lot of flexibility that comes with it.”

In addition to the launch flexibility, TGALS can carry launch vehicles that are 30% heavier compared to air-launched vehicles and 70% heavier than those using ground-based rockets.

The system offers improved safety by not having an on-board aircrew in an aircraft attached to or near a potentially explosive rocket.

Researchers also conducted studies and simulations of a glider capable of carrying an 80,000-pound rocket.

One company, Fenix Space, Inc. in San Bernardino, signed a licensing agreement with NASA to use the TGALS technology. NASA Armstrong is in talks with a second company also interested in the technology.

While there is interest from private companies in licensing TGALS technology, it could be a valuable tool for the Department of Defense as it expedites its hypersonic research, said Ben Tomlinson, NASA Armstrong Technology Transfer Officer.

At present, hypersonic testing is primarily done with rockets or by air launches with a highly modified B-52 bomber.

“TGALS could be an alternate method of getting (hypersonic vehicles) to the range,” said Craig Stephens, an aerospace engineer at NASA Armstrong. “It may be a simpler system to use. You may be able to have a bit more flexibility when you launch.”

Stevens worked on thermal structure testing of control surfaces for the X-37 spaceplane, a vehicle that hits speeds of nearly Mach 25 (approximately 19,000 mph) on re-entry.

“In my opinion, we need to work in this area,” Stephens said. “Other countries are definitely working on it and, in some regards, may be ahead of the United States in certain areas. It’s a flight regime that we need to be working in, and be focused on developing test articles and increasing our knowledge and capabilities.”

Türkiye in the Arctic: A strategic mission with a strong cultural angle 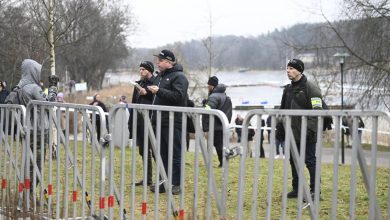