The Pentagon’s Defense Technology Security Administration has issued a technical objection to the sale of four MQ-1C Gray Eagle drones to Ukraine to help the country counter Russian forces in a war that began on February 24 this year.

There is a danger that sensitive technologies such as radar systems, surveillance, reconnaissance and observation systems, and the structure of the AGM-114 Hellfire air-to-surface missile will fall into the hands of the Russian armed forces if drones are shot down or Russian military intelligence receives access to them.

Mike Stone, a Reuters reporter, said two high-ranking sources had confirmed the deal’s suspension, with technical objections raised at the Pentagon during the usual debate over whether US technology could be in enemy hands if given to a partner state. Such meetings are common and are always held when the United States sells military technology to any country in the world.

When the White House administration came up with the idea to sell four MQ-1C Gray Eagle drones, no such objection was raised because a political decision had been made. “Technology security reviews are standard practice for the transfer of U.S. defense articles to all international partners. All cases are reviewed individually on their own merit. Through the established process, national security concerns are elevated to the appropriate approving authority,” Sue Gough, the Pentagon spokesperson said.

Today the situation is different. Again, according to Reuters sources, the suspended deal by the Pentagon’s Defense Technology Security Administration is planned at a higher level in the Pentagon’s chain of command. Sensitive technologies are likely to be replaced, but sources say it will take months.

However, the last word remains with Congress. If the Pentagon’s high command still allows the deal to take place, US President Joe Biden will present it to Congress and its members will either approve or block the deal. Before the Pentagon’s view that Russia could receive sensitive US military technology, the chances of Congress blocking the deal were slim. Now, however, the situation has changed and no one dares to predict, if the military allows, how congressmen will vote.

One thing is clear at the moment – the deal has been blocked by the Pentagon and important decisions are yet to be made in the coming days. BulgarianMilitary.com reminds us that the four MQ-1C UAVs were produced for the needs of the US Army. According to open sources, such a drone costs about $ 10 million. 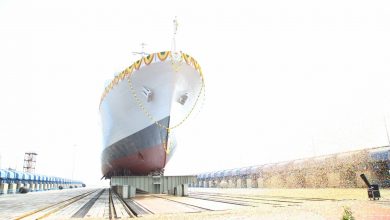