Alyaksandr Lukashenka warned the West this week that it was risking World War III by continuing to arm Ukraine, even as he allowed Russia to deploy nuclear-capable missiles on Belarusian territory near the Ukrainian border.

In a rambling letter to United Nations Secretary General António Guterres on May 23, the Lukashenka wrote that the West’s “disrespect for” what he called Russia’s “legitimate interests” led to the current East-West tension and “provoked a heated conflict on the territory of Ukraine.” Lukashenka also called on the West to “refrain from the supply of weapons” to Ukraine in order to “prevent a regional conflict in Europe from escalating into a full-scale world war.”

In the letter, which was delivered as Lukashenka was meeting Putin in Sochi, he also decried the fact that much of the world views him as a co-aggressor in the war. “We are not aggressors, as some states try to present us. Belarus has never been the initiator of any wars or conflicts,” he wrote.

Lukashenka protestations have repeatedly proven to be hollow given that Lukashenka has allowed Russia to use Belarusian territory as a platform to attack Ukraine, and this time was no exception. With Lukashenka, it is always best to watch what he does rather than listening to what he says. Shortly after warning the West about escalation and protesting that he was not a co-aggressor, Lukashenka proceeded to act like an aggressor and help Putin escalate the war in Ukraine.

One day after Lukashenka’s letter, on May 24, the Ukrainian General Staff announced that Russia had deployed a division of nuclear-capable Iskander-M missiles in the Brest region of Belarus near to the Ukrainian border. “There is a growing threat of missile and air strikes on our country from the territory of the Republic of Belarus. The aggressor has deployed a battery of Iskander-M mobile short-range ballistic missile systems in the Brest region, approximately 50 kilometers away from the Ukrainian state border,” the Ukrainian General Staff wrote in a post on Facebook.

The missiles have a range of 400-500 kilometers, which puts large swaths of central and western Ukraine within striking distance. Lukashenka also announced the previous week that Belarus had purchased Iskanders and S-400 anti-aircraft missiles from Russia.

Russia confirms sacking 100 soldiers for refusing to fight in Ukraine 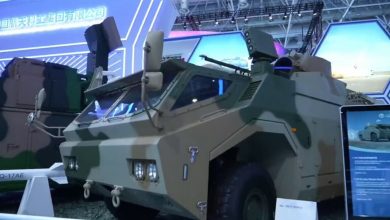