Sweden and Finland must fulfill promises they made to Turkey in a deal to lift its veto on their NATO membership bids, including a pledge by Stockholm to extradite 73 “terrorists”, President Recep Tayyip Erdoğan said

Speaking at a news conference in Madrid at the end of a critical NATO summit, Erdoğan said he saw the signing of the trilateral accord as recognition of Ankara’s concerns around terrorism and a “diplomatic victory” for Turkey.

Turkey sees the agreement as an “understanding of its sensitivities,” he said, terming it the “beginning” of a process.

He urged Sweden and Finland to intensify their fight against terrorism, stressing the deal they signed with Ankara needed to be fully implemented.

“We have strongly emphasized the message that we expect genuine solidarity from our allies, not only in words but also in action,” Erdoğan told reporters after the summit at which the Nordic countries were formally invited into the U.S.-led military bloc.

Their membership applications were held up until the last moment by Turkey, which sought guarantees that the Nordic countries would join Turkey’s fight against PKK-linked terrorists and to swiftly extradite suspects.

The dispute was resolved by a 10-point memorandum, signed on Tuesday, that appeared to address many of Turkey’s terrorism concerns and lift an arms embargo on Ankara imposed in response to Turkey’s 2019 military operation into Syria. But Erdoğan said he now expected the two countries to implement the deal in full.

Erdoğan told Sweden and Finland that he could still block their drives to join NATO if they fail to implement the new deal with Ankara.

Finland and Sweden must first keep the promises made to Turkey in the deal to lift its veto on their NATO membership bids, otherwise, ratification will not be sent to the Turkish parliament, Erdoğan said and added that the two Nordic countries must complete legislative changes regarding terrorists as soon as possible.

New countries’ membership applications must be approved by all NATO member states, and ratified by the countries’ respective parliaments.

“The key thing is for promises to come true. In the coming period, we will monitor the enforcement of the elements in the memorandum and will take our steps accordingly,” Erdoğan said.

“First Sweden and Finland should carry out their duties and those are in the text…But if they don’t, of course, it is out of the question for the ratification to be sent to our parliament,” he added.

The deal also states that Finland and Sweden will work closely with Turkey on issues related to the exchange of information, extradition and, in general, the fight against terrorism.

“Sweden has promised to extradite 73 terrorists to Turkey,” said Erdoğan.

On NATO’s anti-terror efforts, he said it is important for the alliance to show its determination to fight terrorism in all its forms, but it “should not just remain on paper.”

After four hours of talks in Madrid on Tuesday, Erdoğan and his Finnish and Swedish counterparts agreed on a series of security measures to allow the two Nordic countries to overcome the Turkish veto that Ankara imposed in May due to its concerns about terrorism.

According to the signed memorandum, Finland and Sweden pledged not to support the PKK and its Syrian branch YPG groups or the network of U.S.-based Fetullah Gülen, which Ankara says staged a 2016 coup attempt and which it labels a terrorist organization with the acronym FETÖ (Gülenist Terror Group). The signed memorandum did not list any individuals for extradition.

Ratification in allied parliaments is likely to take up to a year, but once it is done, Finland and Sweden will be covered by NATO’s Article 5 collective defense clause, putting them under the United States’ protective nuclear umbrella.

Turkey’s Western allies designate the PKK as a terrorist group but not the YPG, which the United States has partnered with in the fight against the Daesh terror group in Syria despite Ankara’s objections. The PKK launched its insurgency against the Turkish state in 1984. More than 40,000 people have been killed in the conflict.

Erdoğan delivered his message one day after Turkey said it would seek the extradition of 12 suspects from Finland and 21 from Sweden.

The 33 were all accused of being either PKK-linked terrorists or FETÖ members.

Finnish President Sauli Niinisto said on Wednesday Erdoğan appeared to be referring to cases that had already been processed by officials and the courts.

“I would guess that all of these cases have been solved in Finland. There are decisions made, and those decisions are partly made by our courts,” Niinisto told reporters in Madrid.

“I see no reason to take them up again.”

Sweden’s Prime Minister Magdalena Andersson also said she intended to “cooperate more closely with Turkey” in the fight against the PKK.

But she also stressed she would “comply with Swedish and international law in this matter” and not extradite any of her country’s citizens. The process would depend on what information was received from Turkey, she added.

Regarding the Ukraine war, the Turkish president said NATO “fully supports” Kyiv but must also show a “vision of peace and strive to stop the humanitarian tragedy as soon as possible.”

Erdoğan also called for an intensified effort to end the war in Ukraine, adding that there were “no losers in a just peace”.

The president said Turkey was trying to pursue “a balanced policy” because of its heavy reliance on Russian energy imports.

Turkey has supplied Ukraine with armed drones and other weapons, but Erdoğan also enjoys a close working relationship with Russian President Vladimir Putin.

“We should intensify our diplomatic efforts for a long-lasting ceasefire,” Erdoğan told reporters at the end of the NATO summit focused on Russia’s invasion of its pro-Western neighbor.

Ties with US, Greece

Regarding his meeting with U.S. President Joe Biden on the sidelines of the summit, Erdoğan said he did not discuss U.S. sanctions imposed on Turkey, but there have been positive developments on the issue in talks between their foreign ministers.

Erdoğan said Biden told him at the meeting that he would do what he can on the U.S. Congress with respect to Turkey’s request to buy U.S. F-16 jets.

A Turkish delegation will head to the United States “without delay” to rally support from Republicans in Congress for the sale, he added.

The president also touched upon recent tensions with Athens and said that Greece has violated Turkish airspace 147 times and it needs to be held accountable for this.

Turkey had offered to operate Kabul airport in Afghanistan with Qatar and the United Arab Emirates (UAE) and was awaiting the Taliban’s response to the proposal, Erdoğan also said.

Later in the day, Erdoğan said in a series of Twitter messages about the Madrid summit that Turkey will have a say in NATO’s future as it has in its past and present.

“As we pursue our independent foreign policy, we will continue to make the required contributions to NATO in the spirit of the alliance,” he said.

Erdoğan said the summit gave him the “opportunity to meet with many heads of state and government.”

The president held meetings with leaders of the United States, Germany, France, England, Spain, Netherlands, Austria and the European Union on the sidelines of the summit.

Discussions during the meetings mainly focused on developments in Ukraine, he said.

Erdoğan hailed the Madrid huddle as “one of NATO’​​​​​s most significant summits throughout its history.”

“We endorsed the Strategic Concept, which will replace the document adopted at the 2010 Lisbon summit and sets out the alliance’s future prospects,” he added.

Analysis: What has NATO included in its new Strategic Concept? 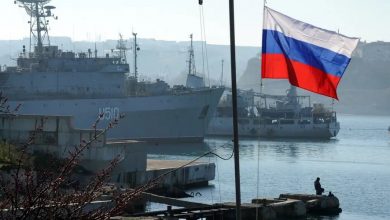 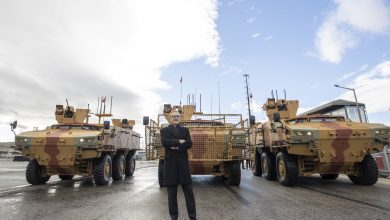