Signed by President Recep Tayyip Erdoğan, the motion recalls that Libya is still suffering from instability and political unity, and the integrity of the country could not be achieved despite the efforts of the U.N.-led international community.

The motion reminded that Turkey deployed troops in Tripoli in early 2020 following a demand from the U.N.-recognized Government of National Accord (GNA) and played a key role for the resumption of talks between different internal political actors.

However, the fact that Libyan regions failed to hold the elections in late 2021 has put a serious hurdle in front of the lasting stability and peace in the country, the motion said, noting “This situation causes concern for the security of Libya and the entire region.”

Turkey, therefore, is continuing its support for Libyan security by providing training and consulting as part of the bilateral agreement with the GNA, read the motion, asking Parliament to extend the duration of the troops in Libya for another 18 months in line with the article 92 of the Turkish constitution.

The motion will be discussed with the relevant panels of Parliament and be voted at the General Assembly in the coming days.

Ship with 18,000 tons of Ukrainian corn arrives in Spain via new route 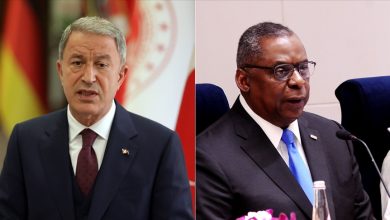