Turkish technology company SDT Space and Defense Technologies Inc. will continue to contribute to South Korea’s domestically developed fighter jet during the mass production process after already providing a simulation link system to the project during the prototype stage.

The company’s general manager, Ömer Korkut, told Anadolu Agency (AA) that the firm made one of its most important exports by providing the in-arm simulation data link system for South Korea’s fifth generation fighter jet, the KF-21, and stated that they delivered 19 air units and a ground station during the prototype phase of the project.

Korkut stated that they recently received another ground station order that they will deliver in April 2023.

For their next project, the company is working as the subcontractor of the LIG Nex1, Korkut said, noting that the decision to include the company in the project during the mass production process was recently revealed and it is very good news.

“It is important for us to be able to provide subsystems for a fifth-generation combat aircraft, as well as to a country that develops technology such as South Korea,” he said.

The next-generation aircraft is developed by Korea Aerospace Industries (KAI) in a project partially backed by Indonesia and is designed to be a cheaper, less stealthy alternative to the United States-built F-35, on which South Korea relies.

It completed its first test flight in July amid a push to replace aging military jets in the face of nuclear and missile threats from neighboring North Korea.

South Korea unveiled the prototype of the KF-21 in April last year, hailing the aircraft as the future backbone of its air force and a step towards greater military independence for the U.S. ally in North Asia. The mass production is set to begin in 2026.

Meanwhile, Korkut also added that they agreed to a project in March at the IDEAS defense fair in Pakistan.

As part of the deal, he said, they are exporting ammunition training pods (ACMI) for both the F-16s and JF-17s of the Pakistan Air Forces.

“We signed the project in March, it went into effect in June. Our schedule is running, the critical design review and project review meeting will be held in Ankara soon,” he said.

Korkut stressed that the U.S. and Israel make ACMI pods with similar features that are used in NATO aircraft.

“We have signed a contract to integrate this pod into an aircraft other than NATO aircraft, which is a first in Pakistan,” he said as the JF-17 is a Pakistan-China joint-production aircraft. 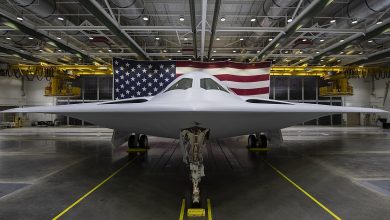