Türkiye is counting the days until it starts the production of the most advanced engine the country has ever developed that will be capable of powering multiple national platforms, from aircraft to ships.

The pioneering engine manufacturer Tusaş Engine Industries (TEI) projects that it will complete the manufacturing of the TF-6000 turbofan engine, the first of its kind made in Türkiye, in the first months of 2023, its general manager, Mahum Faruk Akşit, said on Wednesday.

The design of the engine, currently on display for the first time on the sidelines of Teknofest, the country’s biggest aerospace and technology event taking place in the Black Sea province of Samsun, has been completed and the aim is to fire it up in the first quarter of the next year, Akşit told Anadolu Agency (AA).

The new engine will be capable of producing up to 6,000 pounds of thrust or 10,000 pounds with an afterburner, Akşit said, enabling supersonic speeds.

The engine is a product of two years of work, he noted. “Its design is finished and it is in the manufacturing stage. The first production of the prototype of such a large engine may exceed one year, but our goal is to complete it in the first months of next year and to be able to press the starter in the first quarter,” Akşit said.

The TF-6000 is the biggest and most powerful engine ever designed and developed in Türkiye, he stressed.

The engine will be capable of powering the country’s newly designed unmanned combat jet as well as the upgraded version of the T129 Tactical Reconnaissance and Attack Helicopter (ATAK), Akşit said, in addition to maritime vessels such as storm boats.

Developed by Türkiye’s drone magnate Baykar, the National Unmanned Combat Aerial Vehicle System (MIUS), named Kızılelma (red apple), is set to perform its maiden flight at the beginning of next year. Its prototype was completed in May 2021.

The platform is expected to have aggressive maneuverability, with a flight time of five hours and an operational altitude of 35,000 feet. It is projected to have the ability to land and take off from ships with short runways like the landmark TCG Anadolu, an assault ship of the Turkish Navy.

“We specifically chose the power class of this engine. We especially preferred a size that can meet the needs of Bayraktar Kızılelma when needed and in a size that can fit it,” said Akşit.

Separately, Selçuk Bayraktar, the chief technology officer of Baykar, said the aircraft will have a low-level radar cross-section and its low detectability will be an advantage.

A few countries in the world are working on this kind of fighter drone, Bayraktar underlined. “We expect that the future will be completely dominated by unmanned aerial vehicles (UAVs), not only in the airfield but also in land and sea fields,” he stressed.

Touching on foreign countries’ embargoes on defense products, he said whether systems will come or not come from abroad are not a problem for Türkiye.

“We wouldn’t be able to see these (domestically produced drones) if there were imported UAVs. Maybe it’s better if they don’t sell us.”

Taiwan: "If China violates our air and territorial waters, we will exercise our right to 'counter attack'" 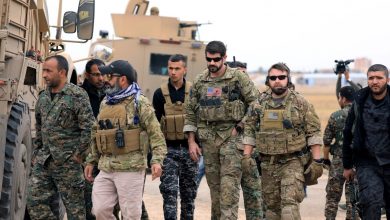 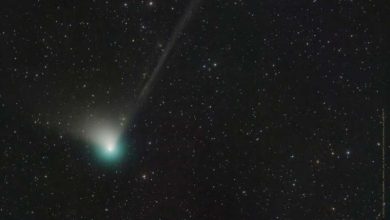