President Recep Tayyip Erdoğan on Saturday cited ongoing global crises, stressing that Türkiye not only survived troubling times but is also moving forward on its path to further strengthen its defense industry.

During a visit to the southwestern Muğla province, Erdoğan recalled that Türkiye’s external dependence in the defense industry dropped to 20%, from 80% some two decades ago when his ruling Justice and Development Party (AK Party) came to power.

“National matters are above politics and should remain so. If we have achieved gains in the Mediterranean, the Aegean and the Black Seas, we must protect this together, without exception,” he said.

Erdoğan particularly stressed the ongoing tests of domestic missiles, which he said are “scaring” Greece.

“Tests are being carried out from Izmir, and a missile that might be launched from there begins to scare them. I say, ‘O Greek, we have no business with you as long as you behave yourself. Just behave yourself,’” he said.

Türkiye has been complaining of repeated provocative actions and rhetoric by Greece in the region in recent months, including arming islands near Turkish shores that are demilitarized under treaty obligations. It says that such moves frustrate its good faith efforts toward peace.

Erdoğan is said to have referred to the short-range ballistic missile named Tayfun (Typhoon), which hit a target at a distance of 561 kilometers (348.59 miles) after being successfully test-fired in October over the Black Sea.

The test is said to have shown the Tayfun has double the range of the country’s first domestic missile system, the Bora.

“Currently, the range of our missile is 565 kilometers. It’s not enough, we’re going to increase it to 1,000 kilometers,” Erdoğan said.

Stressing Türkiye’s capability to produce its own unmanned and combat drones, Erdoğan underlined the landmark aerial combat vehicle Bayraktar Kızılelma, will he said “will carry the F-16’s payload” after mass production.

“What do the Greeks say now? They say, ‘What are those Crazy Turks up to?’” he said.

The company’s earlier Bayraktar TB2 drone has featured prominently in global conflicts, pushing Baykar into the global spotlight and transforming it into a major manufacturer and exporter.

International demand for Baykar’s propeller-driven drones soared after their impact in Syria, Ukraine, and Libya. Kızılelma will increase the speed limits and load capacities of existing drones in Türkiye. The exterior features will have a resemblance to fifth-generation fighter jets.

It will be capable of flying with a payload of up to 1,500 kilograms (3,300 pounds), equipped with Turkish-made munitions and a high situational awareness with the active electronically scanned array (AESA) radar, also developed domestically. Baykar says in addition to conventional drone missions, Kızılelma will be able to conduct air-to-air engagements.

Türkiye has almost completed the construction of its aircraft carrier, which will also serve as a drone carrier. The carrier is expected to be delivered soon and will serve as a base for Kızılelma and other drones in use by the Turkish military.

Erdoğan stressed that Türkiye’s defense industry is growing stronger and that terrorist groups are being “crushed.” 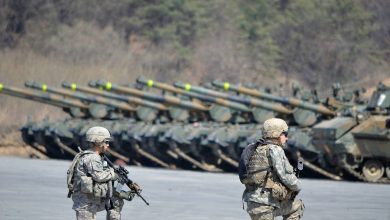 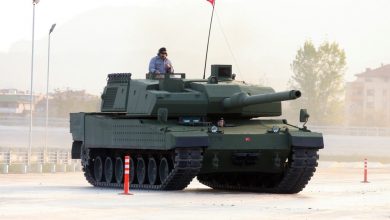 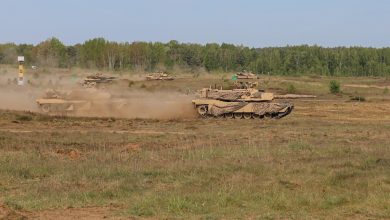 Ukraine says to receive ‘Between 120 and 140’ heavy western Tanks 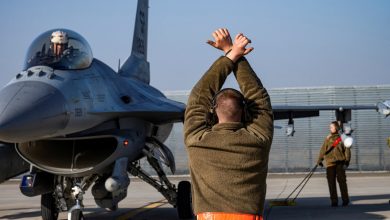