The fragments of a US-made AGM-88 HARM Anti-Radiation Missile are found at one of Russian military positions in Ukraine.

A number of photos with the fragments of this missile, taken at the positions of Russian troops, appeared on social media.

The affiliation of the fragments to this type of missile can be proved by an inscription on a piece of the remaining tail. 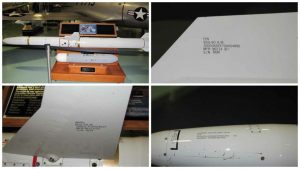 The maximum operational range is 150 kilometers, the minimum is 25.

The proportional guidance system that homes in on enemy radar emissions has a fixed antenna and seeker head in the missile’s nose.

The missile is intended, of course, for American aircraft and for some European ones.

There is no information that the missile can be used with Soviet-made fighters.

There is also no official information about what the United States or another country has supplied to Ukraine AGM-88 HARM. Nevertheless, the Minister of Defense of Ukraine Reznikov has repeatedly stated that he expects the supply of such missiles.

Also on August 6, the Ukrainian Operational Command “South” reported that in a day in the south, the destruction of four anti-aircraft missile systems of the S-300 and Pantsir-S SAM was confirmed.

Türkiye in the Arctic: A strategic mission with a strong cultural angle