As NATO is preparing to incorporate new members into its body, the alliance is turning into an organization on which the sun never sets with the new alliances formed by the US and UK

The report titled “NATO 2030: Unity for a New Age”, which was discussed at the NATO leaders’ summit in Brussels on June 14, 2021, showed that a new concept had entered into force in the history of the alliance. NATO Secretary-General Jens Stoltenberg announced concrete decisions in eight key areas.

The fifth of these decisions declared that the alliance would “intensify its work to preserve the rules-based international order and to that end strengthen partnerships with Australia, Japan, New Zealand and South Korea in the Asia-Pacific.”

This statement brought to the fore the idea that NATO’s eastward expansion goals were aimed at even surpassing Russia and reaching China. As the NATO summit in Madrid, where the answer to this question will be given, is approaching, the developments regarding the war in Ukraine pointed out that NATO is on the verge of a concept and a paradigm shift. NATO is preparing to incorporate new members into its body while it is increasing its dominance in the world with the new alliances developed by the US and the UK. NATO is turning into an organization on which the sun never sets, like what was once the British Empire.

Why NATO did not complete its mission after the end of the Cold War?

The North Atlantic Alliance was designed in 1949 as a defense organization that would permanently protect Western Europe from the threat of a totalitarian force like Germany. The Union of Soviet Socialist Republics (USSR) was the main reason for the existence of the alliance during the First Cold War. With the disintegration of the USSR and after the Warsaw Pact ceased to have an effect, the question of “What is the need for NATO if there is no communism threat anymore?” came to the fore, even in the Western world. The “Sixth Strategic Concept”, issued in Washington in 1999, laid the first stones of the turning point reached by the alliance today. With the adoption of the new concept, the alliance had decided to transform into a “global security provider” instead of having a Europe-centered structure. Ignoring the voices coming from Russia, the first expansion step “on the way to globalization” was taken with the inclusion of Czechia, Hungary and Poland in the alliance. The terrorist attacks carried out by the Al-Qaeda terrorist organization on Sep. 11, 2001 on the US territory was the beginning of a new process for the Washington administration and the globalizing NATO. Article 5 of the Washington Treaty was put into effect for the first time. Thus, the fight against global terrorism was included in the joint defense obligations of the North Atlantic Pact.

Even if Turkiye, which has been fighting against PKK terrorism since the 1980s, demanded this article to be put into effect also for itself, NATO members, including France, Italy, Greece, Belgium, the Netherlands, Germany and Denmark, have embraced the PKK terrorist organization for years. PKK actions were defended against Turkiye under the guise of “peaceful protests”, and the financing of PKK camps in northern Iraq with the tribute collected in these countries was tolerated. It was no coincidence that Ocalan, the so-called leader of the PKK, knocked on the door of NATO members Italy and Greece after he had to leave Syria in 1998. The Lisbon Summit in 2010 marked the beginning of a new era in which the global role of the alliance was emphasized until 2021. The 11-year period was also a process in which NATO was criticized for losing its military power.

The process leading to the NATO’s globalization

Although the alliance decided to become a global security organization in 1999, no action was taken on this issue until the UK left the EU by making the “Brexit” decision in 2016. Another critical step was renaming the US Navy’s “Pacific Command” as “Indo-Pacific Command” in 2018. Preparations have begun for the US-British fleet to patrol the Indian Ocean. The announcement of the AUKUS Alliance, consisting of the US, UK and Australia, in Sept. 2021, constituted the most crucial pillar of the NATO-led global security structure outside Europe. Japan was invited to this alliance in April 2022. On the other hand, the US started a process to end the strategic relations between India and Russia through the QUAD (Quadruple Security Dialogue) formed with India, Japan, and Australia.

With their move to include India in the AUKUS Alliance, the US and UK aimed at ending India’s dependence on Russia in the defense industry in the short term. The US attempt to provide 500 million dollars of foreign military aid to India, of which 60% of its weapons systems originate from Russia, will be recorded as one of the important developments that will change the geopolitical balances in 2022. If this aim is realized, India, which has acquired the S-400 missile defense system from Russia, will be the country that receives the most military aid from the US after Israel and Egypt.

“Eastern Mediterranean Energy Forum”, which was first initiated as an energy cooperation project and then gained a military character, as well as the security agreements signed by the UK with Poland and Ukraine on Feb.17, and with Sweden and Finland on May 11, may be given as examples to the NATO’s regional alliance steps to expand its sphere of influence with the help of the UK and the US.

When we look at the developments from this broad perspective, we see that the alliance will undergo a comprehensive paradigm shift at the 2022 Madrid Summit. At this point, Turkiye reminds us that the new paradigm to be built should serve the purposes of the entire alliance, not just the US-UK duo.

Turkiye’s demand for the NATO membership of Sweden and Finland, which came to the fore with the Ukraine War, is very clear. Turkiye demands that the alliance take a common stance against the terrorism which is targeting the country, just as Article 5 was put into practice when the US became the target of a terrorist attack on Sept.11, 2001.

For 40 years, Turkiye has made efforts to keep the alliance alive but its “allies” have hosted ASALA, PKK, DHKP-C and FETO terrorist organizations, exempting them from being tried and even assisted them with weapons, as well as attempting to give them political legitimacy. However, with such a comprehensive paradigm shift on the agenda, this unequal relationship within the alliance is not sustainable anymore.

The fresh media reports about Swedish Foreign Minister Ann Linde and Defense Minister Peter Hultqvist’s meetings with the so-called military and political representatives of the PKK/YPG terrorist organization in 2021 and 2022 and their hosting in the Swedish parliament can be found in the archives. While these countries impose an embargo on Turkiye in the field of defense industry, Swedish-made weapons are being uncovered in the arsenals of the terrorist organization. After Turkiye’s statements, including a veto warning, came to the fore, Swedish Foreign Minister Linde threatened the country by saying that “strong members of the alliance” were behind them. After Ankara displayed a determined stance, she defended herself by saying: “My words were misunderstood.”

Swedish Defense Minister Hultqvist, on the other hand, said that they would send a delegation to Turkiye to “try to understand what the problem is.” The PKK and its extensions, who unfurled the organization’s posters and banners and lit torches on Kungsatan Street in central Stockholm the day after this statement, gave the necessary response to Hultqvist. The fact that Hultqvist and other politicians in Stockholm, Washington and Paris, who have a similar mentality, must understand is that Ankara is not the address to go to understand what the “problem” is. The place to go to understand the “problem” is the US Congress which has been a prisoner of Greek and Armenian lobbies for a long time and the Swedish Parliament where various groups are making efforts to make the assembly adopt the claim that Armenians, Assyrians, Chaldeans and Pontians were subjected to genocide during the Ottoman Empire.

Sweden, which has embraced all anti-Turkiye terrorist organizations since the 1970s, is the pioneer and implementer of all anti-Turkiye policies in Europe and has encouraged other countries in this direction. As Turkish President Recep Tayyip Erdoğan told the parliamentary group meeting of Turkiye’s Justice and Development (AK) Party in the capital Ankara on May 18: “It is incoherent for Sweden and Finland to seek our support to join the military alliance when they provide all kinds of support to PKK/YPG terrorists.” Due to this inconsistent policy of Sweden, it does not seem very likely that the Finnish and Swedish delegations, which are expected to be in Ankara on Monday, will get positive results from their meetings with Turkish authorities.

NATO decisions should not be taken in haste: the example of Greece

Turkiye’s approval of Greece’s return to NATO’s military wing and the implementation of this decision by the alliance took place in a short period of 45 days following the Sept.12 military coup in the country. When we look back at the past with the information we have today, we see that the roots of the process go back to Jimmy Carter’s election as the US President in 1977 and the appointment of Kenan Evren as the Chief of Staff in 1978. There are examples of Evren bypassing Prime Minister Suleyman Demirel, the political authority in the country, in the decisions regarding Greece just before he staged the coup.

The decision, which was presented as a military-technical issue, was taken by isolating it from politics and diplomacy and, without signing any written agreement, caused irreparable harm for Turkiye. One of the first actions of PASOK, led by Andreas Papandreou, who came to power in Greece in 1981, was the breaking of promises made to Turkiye after their return to NATO’s military wing. Turkiye does not have the luxury of making the same mistake again, 40 years later, when the NATO alliance is undergoing a paradigm shift.

Keeping the process on hold until the parliamentary elections to be held on Sept. 11, 2022, in Sweden and reconsidering the issue with the conservative-liberal Moderate Party, which is more likely to emerge as the first political party in the elections, would be the most rational solution for Turkiye. A fierce advocate of membership in the NATO alliance, Moderate Party Chairman Ulf Kristersson has followed more rational policies in relations with Turkiye since he was elected party leader in 2017. As British Prime Minister Boris Johnson has said, there is still plenty of time for the accession of Sweden and Finland to NATO, given that the Ukraine War may continue until 2023. 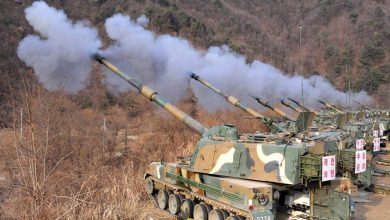 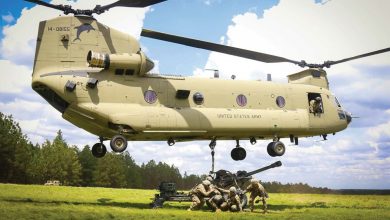 US approves $1.5B sale of helicopters to South Korea 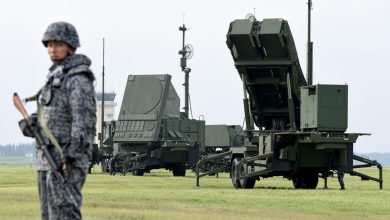 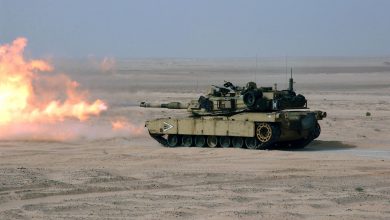 US approves $3.75B Sale of Abrams Tanks to Poland